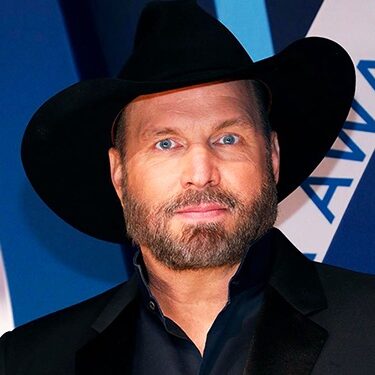 Garth Brooks is Worth $430 Million

It’s always important to keep up to date with who’s who in the country music world and since we recently updated the list of top richest country singers, it’s time to take a closer look at one of the top three country earners, Garth Brooks.

Garth Brooks is an American country singer originally from Oklahoma. The second youngest of 6 children, Brooks grew up surrounded by music, often singing at family events before moving on to clubs and bars following his graduation from Oklahoma State University, where he earned a degree in advertising in 1984. From there, his career skyrocketed with music deals and massive chart success. His first album, entitled Garth Brooks, reached number 13 on the Billboard 200 chart. His career has continued to flourish and he is generally known not only as one of the most successful country singers of all time, but also one of the best-selling artists of all time.

So, with that said, how much is Garth Brooks worth?

What is Garth Brooks’ Net Worth?

Overall, Brooks has risen by three places in our ranking with an overall net worth of $430 million. This reflects a colossal increase of $70 million. Far from being an overnight success, Brooks’ fortune has been amassed over a career spanning 40 years, which started with the early success of his debut album, Garth Brooks. The album, which was released in 1989, peaked at number two on the country music charts, and included sell-out tours and exclusive streaming deals.

How Much Money has Garth Brooks Made Through Music?

Through his hybrid of rock and roll and country music, Garth Brooks has achieved very high sales and now one of the best-selling solo artists in the world, boasting 148 million albums sold. It may come as a surprise to some but he even ranks higher than the famous Dolly Parton in terms of music sales. Such an achievement has translated into net worth with Brooks achieving earning averages of $80 million dollars per year at times.

Garth Brooks is one of several notable artists, including Jay Z, who has chosen to withhold his entire music catalog from streaming giant Spotify, instead signing an exclusive deal with Amazon Music in 2016. The result has meant that, despite potential earnings from Spotify streams, Brooks has committed to Amazon Music and consistently defended his preference for radio over streaming. His income from streams is unclear but his sales record is much more transparent with Brooks’ Much Too Young (To Feel This Old) having sold over 70 million copies in total.

Despite that, Brooks' catalog must be worth a staggering amount. His total music catalog includes 16 studio albums and an additional three compilation albums, as well as two live albums, 67 singles released throughout his career, seven box sets and 13 other charted songs.

Garth Brooks’ tours are just as impressive. His career has included 5 concert tours as well as charitable performances. His first tour; Ropin' the Wind Tour (1991-92) which covered 94 cities and 111 performances resulted in $17 million by December 1991.

While his total revenue is fitting for one of the top-earning country singers, it should be noted that not all of it translates to net profit. But nonetheless, it shows why Garth Brooks deserves to be ranked in the top three richest country singers.

How Much are Garth Brooks’ Business and Investments Worth?

Garth Brooks' assets took a major hit when he and his first wife, businesswoman Sandy Mahl, divorced in 1999. It was reported at the time that Brooks spent over $125 million on the divorce settlement, not to mention the legal fees involved.

Despite this, his comeback tour enabled him to bounce back both in terms of his career and his fortunes.

Garth Brooks used to have an extensive real estate portfolio, but in 2014 he sold his $3.5 million 14,089-square-foot French country-style home in Oklahoma following a promise he made his Trisha to move back to Tennessee. He also sold their Malibu home for $7 million. He owns a 5,551-square-foot property near Nashville that sits on a massive 19.8-acre lot bought in 1990 for $432,500.

In 2019, it was rumored that Brooks had bought the Layby Hotel on Holmes Beach, Anna Maria Island, Florida for $8.825 million.

More recently, Brooks bought a property for just under $48 million in downtown Nashville, with plans to transform it into a classic honky-tonk bar.

Trivia: Garth Brooks sold and bought back his 1993 maroon Cheevy (the first truck he bought brand new) at a charity auction.

Brooks has never been one to hoard his wealth and has invested heavily in charities including starting the Teammates for Kids Foundation in 1999, which focuses on children's sports, as well as personally supporting Habitat for Humanity's work. Habitat for Humanity provided more than $1 million in funding to help fund the rebuilding of homes in Thailand following the devastating tsunami.

Trivia: In order to raise money for those affected by the May 2010 Nashville disaster, Brooks performed nine gigs at Bridgestone Arena in Nashville in less than a week in December 2010. More than 140,000 tickets were purchased, raising $5 million.