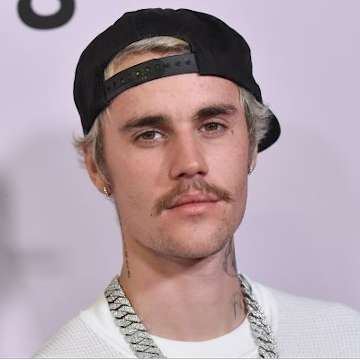 Justin Bieber is Worth $290 Million

Justin Bieber -- one of the world’s biggest artists -- has greatly impacted the sound of popular music. He was discovered by Scooter Braun at just 13 years old and has gone on to release some of the bestselling pop albums of all time, establishing himself as a global icon before turning 30. Bieber has also amassed an impressive collection of awards, including two Grammys, 26 Billboard Music Awards, 23 Teen Choice Awards, and has set 33 Guinness World Records. Though he has been the subject of several controversies, he has remained relevant in music for almost 15 years. Here is a look at the astonishing net worth of Justin Bieber.

How Much is Justin Bieber Worth?

Justin Bieber's net worth is $290 million. He signed a deal with Braun and Usher's Raymond Braun Music Group in 2008 when he was 13 and soon recorded demo tapes at a studio in Atlanta. His first single, “One Time”, was a massive hit and enhanced Bieber's star potential.

Although Bieber was initially known as a teen idol, his sound matured throughout his career and helped him reach a wider audience. On 2015’s Purpose – his fourth studio album – Bieber experimented with genres outside of pop, including R&B, hip hop, and EDM, with features from huge names like Travis Scott, Skrillex, and Halsey. Because of the album’s success, Bieber was able to transcend the “teen pop star” label and come into his own as a full-fledged adult performer.

Thanks to his vast music catalog, Bieber is a household name and a very rich man. He also maintains several ventures outside of music that have contributed to his fortune. He has been involved in many lucrative brand partnerships, recently getting into startup investing. He is also a outspoken Christian and has made philanthropic investments for several charities.

Trivia: Justin showed an interest in music at an early age, and subsequently taught himself how to play the guitar, piano, drums, and trumpet. His mother posted homemade videos on YouTube of her son’s musical talents, which attracted the attention of Scooter Braun.

How Much Money Does Justin Bieber Make from his Music?

Justin Bieber has a diverse portfolio of businesses, though a majority of his earnings is generated by his music career.

Bieber's discography consists of six studio albums, three remix albums, three compilation albums, two extended plays, 72 singles (including 20 as the featured artist), and 10 promotional singles. Bieber has sold over 150 million albums worldwide, which makes him one of the most successful musicians in history. He also boasts over 68.8 million monthly listeners on Spotify, making him one of the top-streaming artists of all time.

Bieber also makes a substantial amount of money from touring. According to Forbes, he makes an estimated $1 million a night while on tour; his first-ever tour – “Urban Behavior” in 2009 – brought in an estimated $53 million.

Bieber's 2011 documentary “Never Say Never” is the most successful concert film in history, earning $29.5 million on opening night. It went on to gross over $73 million. His follow-up, “Believe”, opened with $4.5 million in sales.

Bieber recently signed a massive, new deal with Universal Music Group. He released the “Honest” single featuring Don Toliver while he works on his seventh studio album. For years during which he tours, Bieber earns an annual salary of $60 million to $80 million, which is generated by his music career, as well as brand partnerships, endorsements, and other business ventures.

Trivia: According to LA Reid, one of the music executives who first signed Bieber, the singer’s good looks contributed greatly to his first record deal. In his memoir Sing To Me, Reid writes, "Justin was simply beautiful, his superpower was his face," and credits Bieber's looks for much of his early success.

How Much is Justin Bieber's Business Ventures Worth?

The Canadian singer makes a considerable amount of money from brand deals and has partnered with huge companies like Proactiv, Walmart, and Adidas.

He has modeled for companies such as Beats by Dre, Balenciaga, and Calvin Klein. He has also launched his own clothing line and debuted several fragrances available at stores like Macy's, Belk, Dillard's, Nordstrom, and Sephora. Bieber also collaborated with Canadian coffee chain Tim Hortons to release a specialty donut, which led to a 10% increase in the company's sales in the fourth quarter of 2021. He has also made a foray into the beauty industry by launching a deodorant called Here + Now and teaming up with nailcare company Nicole by OPI to create the One Less Lonely Girl collection, sold exclusively at Walmart.

Bieber is also an avid investor in startups. He made his first investment in 2009. Over the years he has invested in a dozen small companies, including an app called Stamped and a gaming company called SoJo Studios. He also invested in Spotify in 2011.

Trivia: Bieber is one of the top artists on YouTube, with over 70 million subscribers and 28.5 billion views. In 2020, he released a 10-part documentary called Justin Bieber: Seasons after YouTube paid him $20 million to debut it on its platform.

What Other Assets Does Justin Bieber Own?

In 2012, when he was 18, Bieber purchased a $6.5-million home in Calabasas, which he sold to Khloe Kardashian for $7.2 million in 2014. He then lived out of several multi-million-dollar properties, paying $132,000 a month for a mansion in London. He later dropped $5 million on a home in Ontario, Canada. After marrying Hailey Bieber (nee Baldwin), he purchased an $8.5-million mansion in Beverly Hills. He later sold it and upgraded it to a $28.5-million mansion in L.A.

Bieber is a car enthusiast and has a collection that includes 15 vehicles worth around $4 million. He also frequently charters private jets to accommodate his hectic work schedule.

Trivia: Bieber is one of the many celebrities involved in the crypto universe. He joined the Bored Ape Yacht Club earlier this year with his purchase of Bored Ape #3001 for 500 ETH (or $1.3 million).

Bieber was raised in Stratford, Ontario, by a single mother, who was only 18 when she gave birth. His father was initially absent from his life, but they have since developed a strong bond. Bieber has been in several high-profile relationships. A list of his exes includes Selena Gomez, Ashley Moore, and Chantel Jeffries. He began an on-again-off-again relationship with Hailey Baldwin, the daughter of Stephen Baldwin, in 2015. They married in 2018.

In May 2020, Bieber's charitable collaboration with Ariana Grande, Stuck with U, raised $3.5 million for the First Responders Children's Foundation. He and Chance the Rapper also donated $250,000 to fans struggling during the pandemic by partnering with Cash App.

Trivia: In 2022, Bieber was diagnosed with Ramsay Hunt syndrome, a rare disease that can lead to facial paralysis. He was consequently forced to cancel the remainder of his North American tour to focus on his recovery.