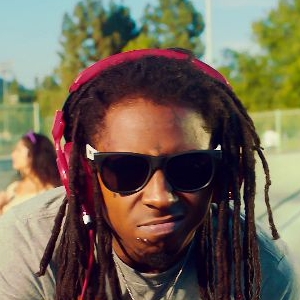 Lil Wayne is Worth $170 Million

Lil Wayne, the raspy-voiced self-styled 'greatest rapper alive' has been an unavoidable presence in the game for over twenty years now. With trademarks including his signature dreadlocks and white-tee combo and his frequent references to his record label with that unmistakable 'Young Money' shout, Lil Wayne has wasted no time in establishing himself as a cornerstone in American hip hop.

If you want to get ahead in the game, feel free to check out our rundown of the richest rappers in the world to see how his stacks stack up. With all that said, we think it's time to take a closer look at Lil Wayne's net worth.

How Much Is Lil Wayne Worth?

Lil Wayne is worth $170 million, although he himself has reportedly played down this figure. This figure is based on a pretty solid assessment of the worth of his combined assets and the revenue generated through his music, as we’ll see.

How Much Does Lil Wayne Make From Music?

We’ve already mentioned Lil Wayne’s prolific output, and his hard work has been richly rewarded in terms of sales, with over 21 million physical sales, millions of digital sales and streams placing him among the best-selling rappers of all time. His series of Tha Carter albums are by far his most popular output, with all five topping a million sales, led by his best-selling album, 2008's Tha Carter III.

Lil Wayne also makes plenty of money from touring, commanding over $600,000 for a show, of which he performs around fifty annually. Although these are clearly not small numbers we're dealing with, they're down on the peak of his commercial powers, his I Am Music Tour in 2008 brought in an eye-raising $42 million.

Add to all that his streaming revenue, with his monthly Spotify hits of over 26 million pulling in somewhere in the region of $1 million. As with the majority of modern hip-hop legends, Lil Wayne doesn't sleep on his musical earnings, and has made plenty of moves elsewhere to ensure his paydays are frequent.

Trivia: Lil Wayne was discovered when he left freestyle raps on record label Cash Money owner and founder Birdman’s answering machine, leading him to be signed to the label as its youngest member.

How Much are Lil Wayne's Businesses and Investments Worth?

Lil Wayne, in the mode of many modern rappers and entertainers, has all kinds of extracurricular interests.

The first thing worth mentioning is the founding of his own music label, Young Money Entertainment, under the umbrella of Birdman's label, Cash Money Records. As well as being responsible for Lil Wayne's catalog, Young Money has been or still is the home of several other prominent rappers, most notably Drake, Tyga and Nicki Minaj. It is high-profile acts like these that have paved the way for Lil Wayne to make moves such as the controversial decision to sell Young Money's master recordings to Universal Music Group for $100 million.

Elsewhere, Lil Wayne also got involved as one of several co-owners of Jay-Z's streaming platform TIDAL back in 2015, joining other recording artists such as Kanye West and Jack White. TIDAL has since been acquired by Twitter founder, Jack Dorsey. His $302 million deal to take control of an 80% stake in 2021 valued the company at $377.5 million and netted Lil Wayne almost $9 million.

Lil Wayne also launched a skate-inspired fashion brand, Trukfit back in 2012, which has come to be one of the most profitable hip-hop fashion brands in the world, generating a huge $788 million as of 2021.

What Other Assets Does Lil Wayne Own?

Lil Wayne has often displayed a taste for the finer things in life, making good use of the money that he has clearly worked extremely hard for. Back in 2021, he put down $15.4 million on a two-year-old LA mansion, next door to Kylie Jenner in Hidden Hills, to accompany his $17 million Miami Beach mansion.

Like many rappers, he also owns plenty of high-end automobiles, including plenty of super-premium brands such as Rolls Royce, Bentley and Aston Martin.

Trivia: It pays to keep good company, and Lil Wayne knows this better than most, having received a modified McLaren 720s from his long-time friend and collaborator, Mack Maine for his 38th birthday.

Lil Wayne grew up in an impoverished neighborhood in New Orleans and was raised by his mom, Jacida Carter and stepfather Reginald McDonald. His father abandoned his mother and him when he was two years old. He chose to be called Wayne instead of Dwayne as a sign of opposition to his estranged father, also named Dwayne.

His passion for rap was so extreme that he attempted suicide at age twelve after his mother insisted he stop his musical career. He likely survived the self-inflicted gun wound thanks to the rapid intervention of the police, including off-duty police officer Robert Hoobler, who insisted the injured teenager should be driven to the hospital in a police car instead of waiting for an ambulance.

Although Lil Wayne’s personal life is as varied and interesting as many of his contemporaries in music, one of his most surprising headline grab was when he was granted clemency by President Donald Trump on his last day in office. Lil Wayne was pardoned after pleading guilty to carrying a gun and bullets on a private plane in December 2019.

Trivia: Following the passing of police officer Robert Hoobler on July 2022, Wayne posted an emotional message on Instagram praising the one he called ‘uncle Bob’.

As with every aspect of Lil Wayne's career and personal life, we hope you'll agree that this examination of his net worth is interesting. For a further look at what makes Tha Carter greater, take a look at our rundown of some of the world's best hip-hop producers.