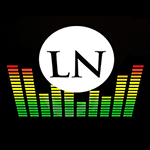 My Rode Procaster Setup Levels are Too Low & I Need More Gain!

Among the recent questions we've been helping readers out with, there were a couple very technical ones. Here is one regarding the Rode Procaster setup and getting enough gain out of your preamp...

We like to shout out the good people that we talk to, even if we don't use their questions for one of these posts. Thanks to William for a great discussion about the one thing the music industry could use more of and Doug for sending over kind words about our writing style.

Let's get on to this episode's Q&A session:

Not Enough Preamplifier Gain In My Rode Procaster Setup?

Hi, I'm setting-up a podcast project with a client and have two Rode Procaster dynamic mics connected via XLR cables to a Focusrite Scarlett 2i4 which in turn is connected to a MacBook Pro.

But, I'm having problems getting enough gain using the 2i4 (the mic signal is quite weak) and this creates noise problems at the processing stage (hissing, etc.) in Adobe Audition.

I've been around various forums trying to find some help but it only creates even more confusion - lots of opinions out there! However, I came across your article on preamps and then interfaces and being new at all this I really appreciate how you explain the technology and your criteria for choosing a particular product.

From the info gathered so far I'm thinking that the Presonus AudioBox 22VSL could offer a better solution than the 2i4 (more gain) and would be more suitable for the two Rode Procasters. I'm trying to keep the set-up as simple as possible and budget is also a consideration. I would really appreciate any feedback you might have on this set-up.

In dealing with this issue, I'd first assume that the problem exists elsewhere than in the gain stage of the preamplifiers (in an attempt to save money!).

But I will admit that I've just done a search on this specific issue, having not used the mic personally, and the Rode Procaster does have a fairly low output. As listed on Rode's site, at 94 dB the mic spits out 1.6 mV of signal. Nobody speaks that loud naturally.

You could move the mics closer to help compensate for this issue, but that shouldn't be necessary nor would it look that great on video if you're adding that to the podcast. Unless you're okay being stuck with a side view of your faces, that won't work out.

The Focusrite Scarlett range, including the 2i4, is capable of producing a gain of 50 dB max compared to the 65 dB max on the Presonus AudioBox. That extra 15 dB would more than solve your problem. If you figure that you're capturing your speech around 74 dB with the mic around 6 inches to a foot away, that 50 db of gain is only going to push the signal to around 0.16 volts.

The preamp is meant to boost the signal to line level around 1.2 V. You're still drastically below, but 10 more decibels of gain could push you to 1.6 V, well above line level.

Yes, purchasing a different interface could solve your problem but I'd place the blame on the microphone first. Personally, I wouldn't recommend replacing either. You'd experience the best boost in quality by using that cash (and perhaps adding a bit more) and purchasing a standalone preamplifier with more gain.

Before I mention that, let me say that you should check several things first to see if you aren't attenuating your signal by accident:

Assuming these are fine, I'd suggest a standalone preamp. The ones in the Saffire range are decent, but will pale in comparison to something like the FMR RNP (which features 66 dB of gain).

We have lots of recommendations here but if you go this route, be on the lookout for two independent mono channels and at least 60 dB of gain. Also, I'd make sure to buy something in the mid-range, because Focusrite's included preamps are comparable to the "Under $200" range.

Best of luck with your Rode Procaster setup. Let us know if we can help you further!
Jared